A logo inspired by the fountain at Praça do Giraldo

Four years have passed. It was in 2016 that the Art and Soul group bet on Évora to inaugurate its first hotel unit at this beautiful city: a themed boutique hotel dedicated to olive oil.

The architecture of the space, located in the former Eborim Shopping Center, was inspired by the olive oil production process to conceptualize the hotel, but to create the brand identity the source of inspiration was the fountain of Évora. 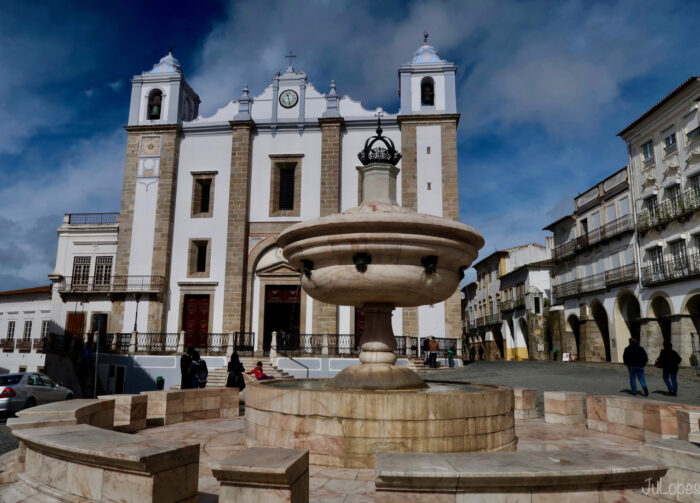 The story of the fountain

The fountain at the current Praça do Giraldo, known as Terreiro or Praça de Alconchel in the 13th and 14th centuries and simply Praça Grande between the 15th and 19th centuries, was built after another one there, to mark the work concluded on the Aqueduto da Prata, in 1537, which ended at this location.
The new fountain, a part of the henriquino plan of modernization of the city center, and in particular of the previous structures of water supply, ordered by John III, was built in 1571 by the architect Afonso Álvares, master-builder of Infante D . Henrique.

All built in white marble, it has a circular plan, divided into a basement, shaft, cup and chest in the shape of a pyx, with a pinnacle finish to top the set. As decorative elements, eight masks stand out to finish the spouts, from where the water flows into the bowl. The royal sponsorship of the work, carried out during the reign of D. Sebastião, is marked by a crown with a plaque on the ark, alluding to this monarch.

With its privileged location in the urban context of the city, in front of the Church of Santo Antão and in the same square where, at least between the 15th and 19th centuries, there was a daily market, an Annual Fair and the city’s bullfights, the Chafariz da Praça do Giraldo was, over the centuries, one of the most important structures of water supply to the population.

Moreover, its utilitarian character, the evident monumentality of the fountain meant that it was even established as a symbol of Évora over time, and above all as a mark of the urban renewal planned and carried out by Cardinal Infante D. Henrique.

The fountain that became the image of a city hotel 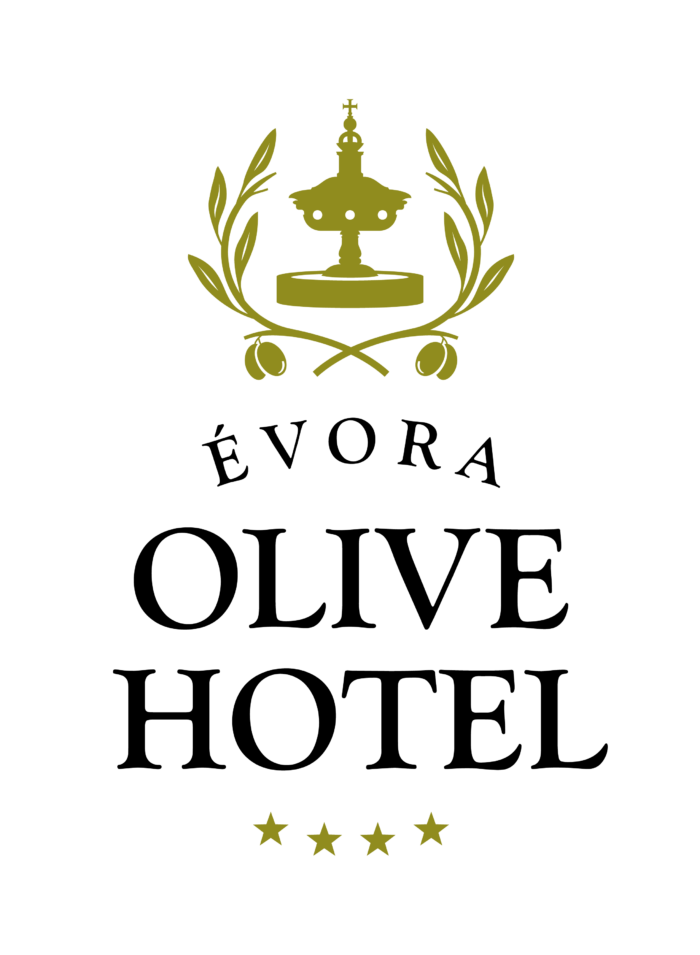 For the creation of Évora Olive Hotel‘s logo, «there was a survey of central points in social life, of animation in the city. The element that represents the historic center of Évora is Praça do Giraldo and the fountain. The aim was to look for something different on the land, a visual stain in honor of the land, the city, ”explained designer Samuel Ribeiro.

The image consists of the symbol at the top: the fountain at Praça do Giraldo converted into a vector, flanked by two olive branches. The tone is green, clearly linked to the color of olive combined with the hotel’s four stars. A brand project, which maintains its visual coherence and where Art and Soul values are ​​also applied: knowledge, due to the relationship with the monument’s history, and sustainability, because it privileges and values ​​what is local, in this case, the local product – the olive and its tree.