A name is a word that gives identity to a person or an object. From the day he is chosen for something or someone, his story begins to be written. The origin of the name of the first hotel in Porto (and to date the only one) of the Art and Soul group is related to the building where it is located. It was in this building of unquestionable architectural beauty, with a sky blue tiled facade – a draw for all passersby – that Araújo & Sobrinho (A.S.) stationery was born in 1829.

The location is ideal, in the center of Porto, next to Largo de São Domingos and the emblematic Rua das Flores that has come back to life with tourism, as it might not have had since the 19th century. It was known as the street of the merchants and the Mecca of Romanticism.

When the group took on this project, “it made perfect sense to keep the name linked to the history of the place. Porto A.S. 1829 Hotel it is a themed boutique hotel, like few in Portugal, which values ​​the importance of the property. It came to revitalize a building of great architectural and heritage value. It started as “Armazém de Papel ao Murinho de S. Domingos” and was to become one of the most important and renowned stationery stores in the country – Araújo & Sobrinho. Currently, one of the oldest in Europe, having been in the same family for five generations ”, reads the file.

Araújo & Sobrinho started its activity with the sale of paper and some fines imported from England, to meet the demand of 19th century English customers, who were many in the city due to the port wine trade. At the time, writing was the main means of communication and that focus was very wise. What started with a small neighborhood stationery, founded by two family members, has evolved into an entire building and with a growing business, as narrated by Henrique Araújo.

The great growth for its own typography, bookbinding and carpentry workshops culminated with the conquest of exclusive representations of major international brands, such as typewriters and other office equipment. In the year the Art and Soul group started working on the project, the idea of a hotel-museum was just a sketch, but in 2015, with the official opening of the hotel, it came true. Now, history coexists within the same space with the present and blinks into the future. Tourists of different nationalities enter and leave the building to sleep (in one of the 41 charming rooms) and eat (in the hotel’s restaurant space, Galeria do Largo, a big window to Largo de São Domingos, with its side facade in glass and terrace). 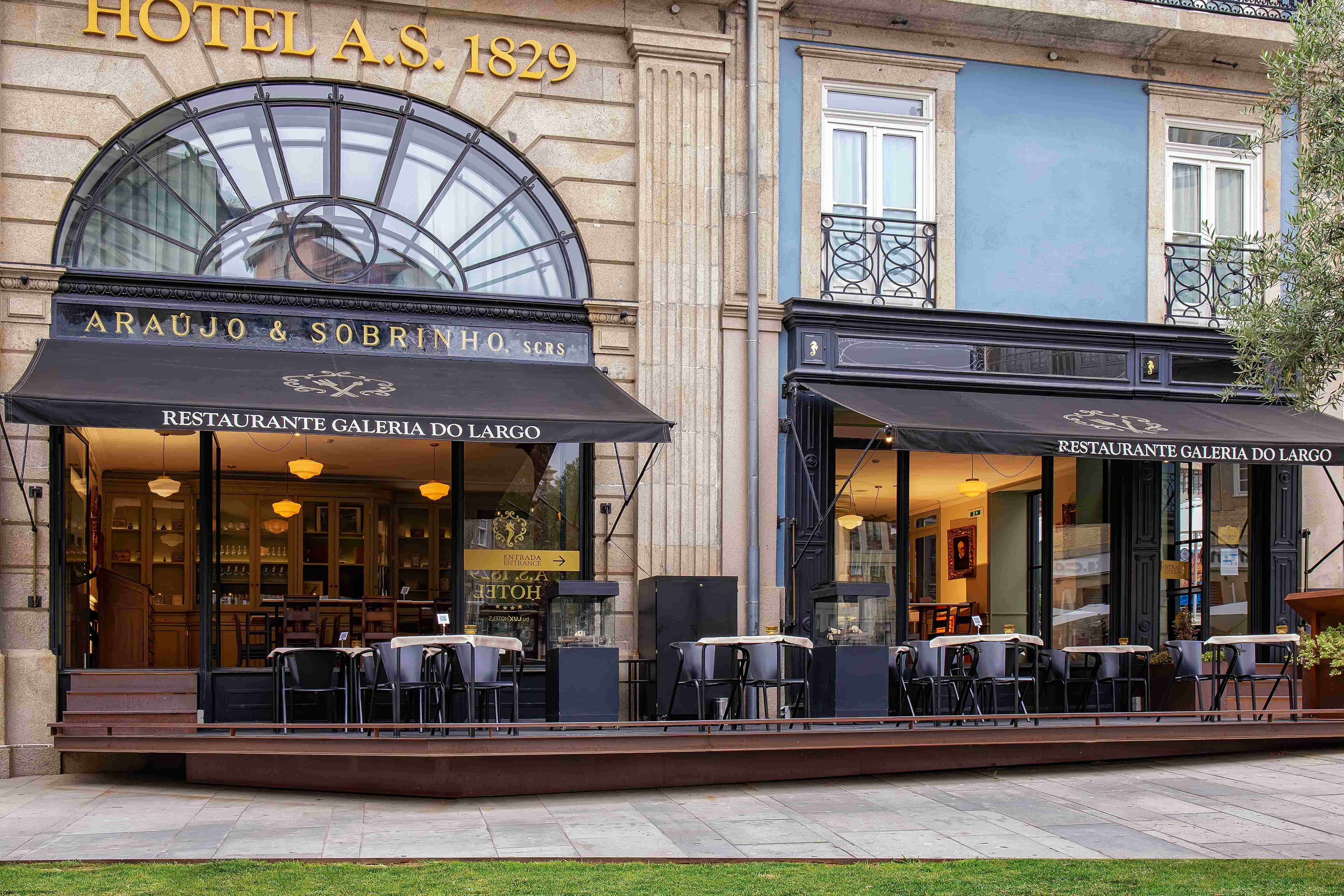 Upon entering the hotel, the visitor begins a journey into the past, through the exhibition of furniture and objects belonging to the collection(painting, school and office supplies, advertising, photographs, postcards, prizes, books, miniatures for exhibition, furniture, documentation and clothing) from almost 200 years ago, spread over 4 floors. Besides just watching, you can buy objects from the Araújo & Sobrinho stationery store. The boutique shop is located in front of the hotels’ front desk.

Just as the furniture was preserved, the symbol of the original stationery, a seahorse, was also used for the boutique’s image, giving it more personality with the historical features.

“My grandfather said he needed a symbol and the Englishman looked away and there was a lot of dry seahorses. They were imported from England and considered a symbol of honesty, work and righteousness ”, says Henrique Araújo. Now you know, when you say the name of the hotel again, remember this story and you will never forget it why.